BECOMING A US CITIZEN 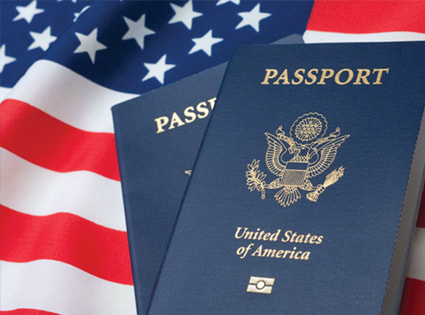 Photo: Archive.
Becoming a citizen is one of the most important things an immigrant to the United States can do. It is not only the end of a long process but the beginning of a new set of rights and obligations every citizen of the United States has. So let us speak about the steps needed to become a citizen.
There are many ways to become or be a United States citizen. In this article we will talk about naturalization, the process by which an immigrant becomes a US citizen.

The requirements for becoming a citizen of the Unites States by naturalization are:

You must be 18 years old.
You must be a permanent resident of the US for five years (three if you have been married to a US citizen and have lived with them as a permanent resident up to the moment you become a citizen).
For two and half of those five years, you must be physically present in the United States, and not leave the United States for a period longer than six months.
You must speak and write English, pass a history and civics test, and be a person of good moral character.

The naturalization application must be filed in the district where the person has lived for the last three months. In Alaska, you have to file in the Anchorage district office.

A friendly warning: sometimes the naturalization process is just about filing out a form. You send it in and voila! But as time has gone by, the naturalization application has grown in complexity and some of the questions may seem simple but carry significant consequences. For example, the application asks if you have ever received weapons training. Some people believe that to be formal military or police training with a firearm. Yet some immigration officers consider simple things, such as learning how to use a hunting rifle, to be firearms training. In Alaska that question can lead to significant problems since ours is a state where having a gun is almost a fact of life. So having someone who knows the process help you is important.

The application to file is called N-400, and it can be found in the USCIS website:  www.uscis.gov

There you will also find instructions that will tell you where to file the forms, the amount you must pay, and any other documents you must attach.
If you need a lawyer please contact the Nations Law Group, we would love to assist you.