TEACHERS INSTEAD OF SOLDIERS 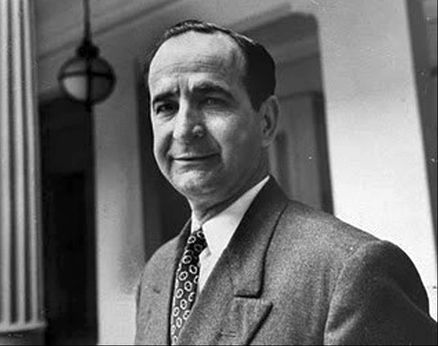 Photo: Archive
Leaders rise up like tides that wash the shores of democracy and leave a mark in the history books of the country. People strive to be that singular tide that rises from the waters to guide their country through perilous times. Yet once they achieve power, little is accomplished by those eager few and the country is left unchanged or facing a worse future than before. While the story of the good politician is remembered, it is usually not remembered in its totality, but just as a glimpse of what they did in their tenure; here is the account of one man who made a difference in his country during tumultuous times.

Central America is a hidden cove of paradise between two giant continents, but it has been plagued by insurrection and civil war. Merciless dictators and communist leaders have oppressed the people of these countries, but Costa Rica avoided this fate thanks to several people willing to do the right thing.

José María Hipólito Figueres Ferrer was one of them. José Figueres fought his way into office during the country’s last civil war. From there he made radical changes to the Constitution, such as: instituting national suffrage for women and minority groups; outlawing the communist party; and guaranteeing public education for all.
And yet José Figueres’s biggest triumphs were the demilitarization of the nation and the redistribution of tax the revenues into the public education system. He feared that such a powerful tool as education, if control over it fell into the wrong hands, could be used as a weapon of domination rather a force for freedom. José Figueres planned to have a nation with more teachers than soldiers, and was aware how much he needed diplomacy to achieve it.

José Figueres became an international figure, establishing political relations with Puerto Rico and the United States. However, he voiced his opinion openly when the United States turned a blind eye to Rafael Trujillo’s oppressive dictatorship of the Dominican Republic. In 1958 he said before US Congress, ”If you are going to speak of human dignity in Russia, why is it so hard to speak of human dignity in the Dominican Republic?”

José Figueres refused to be the kind of politician who turned a blind eye to his people in favor of selfish gains. So despite receiving unlimited help from the CIA he was not afraid to stand up on behalf of Latin Americans when the US threatened to restrict Latin American products. In an address to the US Congress, Figueres said, “Our poverty does not diminish our pride. We have our dignity. What we want is to be paid a fair price for the sweat of our people, for the impoverishment of our land when we provide a product needed by another country. That would be enough to live, to raise our own capital and to carry on with our own development.”

José Figueres Ferrer was a leader of and a servant to his nation. His name will be remembered forevermore as one who fought for justice, liberty, and education for Costa Rica.